Aatif Baskanderi is currently the CEO of The Northpine Foundation, which is a new foundation focused on investing to unlock opportunities for Canada’s marginalized and underserved communities. He is the Co-Founder of Salaam B’y, a social enterprise built with his wife and health equity advocate, Dr. Nazia Sharfuddin, focused on anti-racism education based on a documentary film about his life growing up as a brown Muslim Newfoundlander. The film has toured internationally, including with the United Nations, screened at over 20 film festivals, won multiple awards and Aatif’s interfaith efforts were recognized by Queen Elizabeth II by being the third Canadian to be awarded Her Majesty The Queen’s Commonwealth Points of Light Award. He is also a Fellow with the Energy Futures Lab and a Member of the Next 30 Possibility Panel. Other recent notable awards include the Memorial University Alumni Tribute Horizon Award and inaugural GlobalNL Community Champion Award. Prior to his current role, Aatif was recently the Executive Director of Startup Edmonton, the city’s early stage tech entrepreneur incubator. His previous work has spanned from designing smartphones at Blackberry, researching olive farmers in Palestine, malaria prevention education in Sierra Leone, leading Engineers Without Borders chapters around Canada, developing international science policy and diplomacy with the British High Commission, and leading innovation at a multinational electric utility company. Aatif’s education includes a Bachelor of Electrical Engineering and Master of Technology Management degrees at Memorial University, and a Master of Social Policy & Development at the London School of Economics and Political Science. 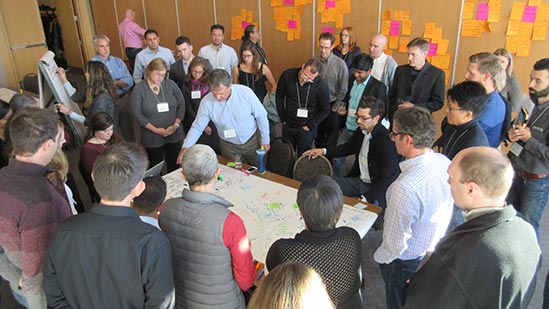 Want to learn more about Aatif’s work with the Energy Futures Lab?