Martin works with the Government of Alberta, Ministry of Jobs, Economy and Innovation where he leads a team involved in growing and strengthening Alberta’s advanced technology industry. Molecular biologist by training he has also an MBA with specialization in technology commercialization. Having worked in government, industry, and academia in several countries, he constantly tries to act as a bridge between different groups of stakeholders, effectively communicate between different perspectives and mindsets, and create space for collaboration. On daily basis, Martin deals with a broad range of technologies, including those contributing to the creation of new sustainable energy systems. 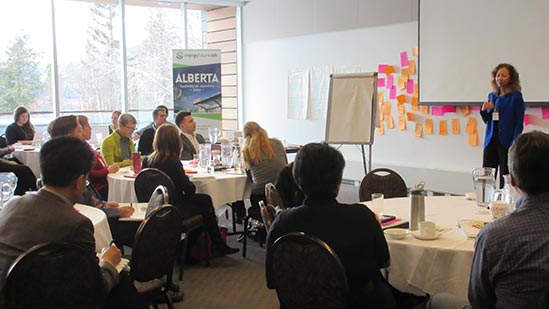 Want to learn more about Martin’s work with the Energy Futures Lab?