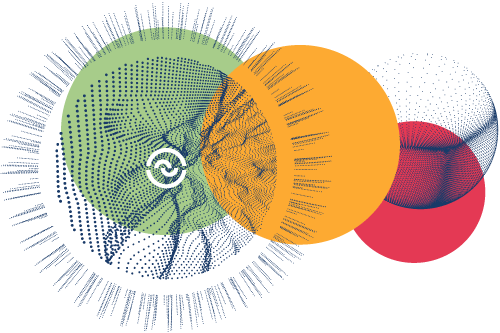 The Energy Futures Lab supports initiatives emerging in response to our Innovation Challenges and other collaborations within our community.

The Impact Studio can support these initiatives by:

Tour the Impact Studio to learn more about the Energy Future Lab’s solutions for our energy future.

The Impact Studio is a virtual space. Applications are accepted throughout the year from Fellows and Partners. The number of initiatives accepted into the Impact Studio will vary depending on available resources and may change over time.

The following are a set of active solutions being developed and supported by the Impact Studio.

More and more people are purchasing electric vehicles, installing rooftop solar, installing energy efficient appliances, and generally engaging more in energy generation and storage. As such there is a growing need and market for sophisticated software applications that will allow this rapidly democratizing energy system to work safely and in a way that ultimately benefits citizens.

However, in order to develop these types of solutions, digital innovators and entrepreneurs need a platform to test their technical viability and consumer acceptance in a real world setting.  This currently does not exist.  The Grid Sandbox is meant to be this platform, and will engage Alberta homeowners, municipalities, artificial intelligence innovators and energy utilities.

The Grid Sandbox is a collaboration between the Energy Futures Lab Fellows from City of Edmonton, ReWatt Power, BrainToy.AI, EQUS and Enmax that will ultimately result in better solutions for homeowners, a more robust electricity grid, and exportable digital products.

With its strengths in mining, resource development and clean tech, the growth of electric vehicles and electrification, offers new and unique opportunities for Canada and its battery materials industry.  At the same time, the battery metals industry is new and not acting in a coordinated and strategic manner to seize these opportunities.

As a response, Energy Futures Lab Fellows from E3 Metals, the Delphi Group, JWN Energy, and PrariesCan, led the formation and launch of the Battery Metals Association of Canada (BMAC) to mobilize a diverse group of players that constitute its value chain.

In 2021 BMAC convened an initial meeting of over 80 industry players, to take stock of the current state of the value chain.  Subsequently, the BMAC and the Energy Futures Lab co-hosted a series of workshops to where the BMAC community co-created a credible and compelling vision for how battery metals can contribute to a stronger, cleaner and more prosperous Canada, and the important initial steps to get there.

As the world continues to accelerate towards a net-zero future, decision-makers globally are increasingly looking for criteria to evaluate the future-fitness of investment opportunities. Advancing a shift to the concept of “future-fit hydrocarbons” creates an opportunity for governments and investors to reconcile polarizing policy narratives underpinning energy transitions and take constructive action together.

Broadly, “future fit hydrocarbons” include products and activity that build on Canada hydrocarbon assets in a way that is compatible with meeting bold climate targets, and can include industries such as clean hydrogen, bitumen beyond combustion, battery metals, geothermal energy, and carbon capture utilization & storage.

As part of its Innovation Challenge on Financing Future Fit Hydrocarbons, the Energy Futures Lab, along with partners Canada West Foundation, Emissions Reductions Alberta, Max Bell Foundation, Smart Prosperity Institute, and The Business Council of Alberta, are creating and sharing a set of guiding criteria that establish a starting point for collaborative future fit hydrocarbon development for a net-zero world.

In 2021, young people under 30 represented 34% of Canada’s population. This number speaks to significant talent, passion and curiosity capable of shaping our energy future. Passing up the opportunity to work with these young people would be a tremendous loss, which is why the Energy Futures Lab has created the Energy Futures Youth Seed Fund. Offering Albertans aged 18-30 access to low-barrier financial support for projects or initiatives, the Youth Seed Fund is committed to accelerating the transition  to the energy system the future requires of us.

With $50,000 in total eligible grants, our goal with this program is to support projects initiated, led, and organized by young people. Grants range from $200-$2500. We’re looking for young people to share their creativity and passion to help enable a just and sustainable energy transition.

Many young people are committed to an inclusive, prosperous and sustainable future. The Energy Futures Youth Seed Fund recognizes this commitment and is designed to inspire action and collaboration among Albertan youth.

Behind Closed Doors: The Reality of Energy Poverty in Alberta

Learn more about Behind Closed Doors

There are currently 2.8 million Canadians living in energy poverty, meaning these individuals pay a disproportionate amount of their earnings on energy bills. While the average Albertan family will spend $2,699/yr, an energy poor family will spend upwards of $3,333. This problem is exacerbated by the fact that energy poor families tend to earn 53% less than the Provincial average, earning approximately $36,914 a year versus $77,926. The combination of higher than average bills and lower than average income has resulted in many families requiring additional support.

Yet, Alberta is the only Canadian province without programming dedicated to addressing energy poverty. Meanwhile, there is very little information pointing to the severity of this issue in the province. This is why the Energy Futures Lab’s Behind Closed Doors initiative is working to create more transparency around the topic of energy poverty in Alberta. By sharing people’s lived experiences, highlighting existing efforts and advocating for more timely solutions, this initiative is ultimately committed to enabling a more inclusive and equitable energy future.

Energy transition isn’t simply a technological feat. The challenge ahead is multi-faceted, impacting each and every one of us in unique ways. It’s also a conversation, a matter of culture and an opportunity for people from across disciplines to develop a shared vision for our energy future.

The Print Portfolio, stewarded by Energy Futures Lab Fellow Eveline Kolijin, encourages Alberta-based writers and artists to think deeply about how energy transition is impacting the province. What pathways and innovations currently exist? How should communities adapt? Can energy transition play a role in creating a more equitable society? These are a few of the questions Eveline is asking to help prompt a deeper energy discussion amongst Alberta’s arts community.

In this interdisciplinary project, writers and artists are introduced to energy experts in the Energy Futures Lab Fellowship. By engaging in informative discussions with Fellows, selected writers and artists will learn more about Alberta’s evolving energy system and the opportunities and challenges shaping this transition. The resulting work will involve a physical portfolio, featuring prints, stories, poems or essays that represent Alberta’s complex relationship to energy transition.

The following are solutions that have “graduated” from the Lab, i.e. that we have spun off or released to be on their own to make impact.

Initiative: A pilot to develop and test a blockchain platform designed to verify and aggregate emissions credits from small scale generators.

Impact: 43 rural producers involved in a successful test that allowed for securing transactions and emissions credits. The developed technology now scaled to other users and applications.

Challenge:  Although there are pockets of work underway to establish an e-mobility network in northwest Alberta, they are happening in an ad-hoc and uncoordinated way, leading to missed opportunities for grid management, along with increased implementation costs.

Initiative:  Develop collaboration agreements and a shared network map to coordinate and accelerate development of a regional EV charging network in northwest Alberta.

Energy Futures Lab Contribution:  At the start of the COVID pandemic, the Energy Futures Lab convened, designed and facilitated a series of interactive online collaborative workshops with rural municipalities with the support of provincial and federal governments, as well as civil society organizations. In particular, this work was done in close collaboration with the Community Energy Association and Energy Futures Lab Fellow Megan Lohmann.

Impact:  Confirmed collaboration between eight local governments and municipal districts in the region to work jointly towards building the EVenture NW Alberta charging network, including completion of a charging network map and capital funding proposals.

Challenge: Oil and gas industry and First Nations workers need to diversify their skills to be better prepared to participate in the growing renewable energy economy.

Initiative:  EFL Fellows from Iron & Earth and the Louis Bull Tribe initiated the Louis Bull Solar School Pilot. The first of its kind in Canada, the pilot aimed to develop a worker training program by placing six renewable energy installations into the local community K-9 school.

EFL Contribution:. The EFL provided the platform to initiate the collaboration, nurture important relations, gain funder and industry support, and transform the idea into a reality.

Impact: Along with a preceding solar day care project, the Louis Bull Solar Schools Pilot trained over 70 workers from the local and surrounding community, who developed skills for the growing renewable energy economy.   As a result, Iron & Earth developed three rapid upskilling programs.

Significance: The pilot created a jumping off point for Iron & Earth, who now plans to bring similar training programs to over 70 communities and 1000 workers across Canada by 2026. The project highlighted the opportunity to develop energy based partnerships as part of a commitment to Truth and Reconciliation.

“If we can prove this pilot and how it can work, I definitely see it being incorporated in other First Nations.” (Desmond Bull)

“Getting to know these people [at Louis Bull] has been inspiring. Being here has shown me how critical it is for Indigenous and non-Indigenous people to work and learn together side-by-side, taking care of the land as partners in honour of Indigenous Treaties.” (Jen Turner)

Challenge: Oil and gas workers need to be prepared to participate and thrive in a net-zero economy.

Initiative: A campaign that lays out a blueprint for a prosperous transition to a net-zero carbon economy, powered by the vision and voices of oil and gas industry workers.

Energy Futures Lab Contribution:  The Energy Futures Lab partnered with Iron + Earth to test, refine and amplify the blueprint and campaign with deep support from Fellows and other energy industry stakeholders.

Impact: Developed the Prosperous Transition Plan, a blueprint for the Government of Canada to set a bold course towards net-zero by 2050, while creating opportunities for Canada’s existing workforce to participate and thrive. The accompanying campaign amplified hopeful narratives by elevating perspectives belonging  to constituencies whose voices are considered crucial in today’s energy transition.

Significance: A robust data set representing workers’  opinions provided a strong basis for the Government of Canada to act, knowing it is in service of the people whose jobs will be affected most by a transition to a net zero economy. By doing so, this project catalyzed a significant increase in public support for an accelerated implementation of net-zero solutions.