Chad Park reflects on his time with the EFL

In August of 2018 I had the good fortune to spend two weeks at the Banff Centre for Arts & Creativity for a Summer Writers Retreat. My project for that time was to write about the Energy Futures Lab. It was an intimidating program in the sense that I was there with people who were actual writers. I was one of only two non-fiction writers amidst a group of almost 20 very talented storytellers.

At that time I had already made a shift in my role with the Energy Futures Lab to a part-time contract, having passed the mantle of leadership for the Lab to Alison Cretney at the outset of 2018 and set out for what would be the better part of a year in Costa Rica with my family. The idea with the retreat was that I would use the time to document the origin story of the EFL and some of the insights gathered along the way, perhaps one day to be compiled into a book.

I mostly used the time well and did good work. A couple priority “EFL 2.0” fundraising proposals got in the way of the main objective, but time dedicated to writing those was surely well spent!  I also produced some decent early drafts of the first few chapters and an outline for the rest of the book. It didn’t get any further than that, other than that one of the “vignette” stories I wrote at that time – about two of the original EFL Fellows Daniel Clarke and Alison Thompson – was eventually published in Corporate Knights magazine.

I was reminded of that work as I sat down to write this newsletter article on the occasion of yet another shift in my relationship with the Lab, to more of a participant role, as I step into a new position as Vice President, Sustainability and Citizenship with The Co-operators.

The EFL was a good idea back in 2014, and it is an indispensable platform for change now. That is being made more obvious with every passing week, as the narratives and initiatives cultivated in the Lab make their way into the mainstream of public consciousness and the EFL’s profile and influence grows.

My words of encouragement at this moment can be boiled down to this statement that a wise mentor, Dr. Karl-Henrik Robèrt, once shared with me: “Hug the framework.” By that, I am referring to the science and systems-thinking framework that underpins the work of the EFL and its host organization The Natural Step. The Framework for Strategic Sustainable Development (FSSD) and the insights it offers about what the future requires of us was instrumental for those of us involved in the early days of the EFL. Its implications were at the root of our belief that common ground could actually be found amidst all the dissension and polarization on energy and climate issues. And though it doesn’t often show up visibly in the day to day interactions of the Lab, every now and then its continued relevance as a lens for understanding the complexity we face is made obvious again.

Most recently for me it was when Michael Moore’s Planet of the Humans movie was released. That film and the various reactions it caused highlighted for me the importance of backcasting from sustainability principles as a way to manage trade-offs (instead of getting stuck in lose/lose conundrums), leveraging the assets and resources around us for a better future (instead of lamenting where it all came from), and most importantly engaging constructively with one another (instead of demonizing people and groups with different interests).

If you haven’t spent time with the content of the FSSD recently – and I suspect most of us haven’t – I encourage you to revisit some of the core learning materials of The Natural Step and Sustainability Illustrated. Perhaps after having done that, you’ll even rewatch Planet of the Humans with a new lens to reconsider its content. Or maybe even more productively, you’ll use that lens to consider what’s happening around us – to recognize patterns, to spot opportunities for connections. That’s what I’ve been doing for five years in various roles with the EFL. It’s what I’ll be continuing to do in the EFL going forward in my new capacity and also in my new role with The Co-operators, where that very lens is built into the organization’s core approach to business.

We’re on a roll with the EFL. The world needs what we’re doing more than ever, so let’s lean in, hug the framework, and then reach out even more broadly than we have so far to be positive agents of hope and change. 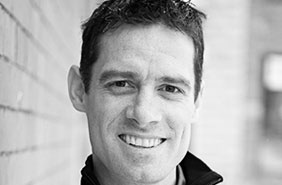 Chad Park is the Lead Animator of the Energy Futures Lab