The Energy Futures Lab is excited to announce the three newest members of its Advisory Council.

By serving as public champions for the EFL, offering high-level counsel and role modelling innovation and leadership, the Advisory Council lends credibility and wisdom to the evolution of the Energy Futures Lab. 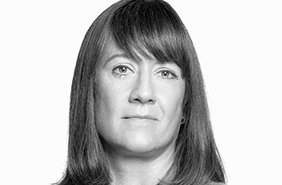 Judy Fairburn is passionate about driving Canadian innovation to build a highly competitive energy industry, which positions Canada well in the global innovation race. Judy is the Executive Vice-President of Business Innovation at Cenovus and was pivotal in furthering the integration of environment into Cenovus’s business strategy and in the creation of Canada’s Oil Sands Innovation Alliance (COSIA). She also serves on the Boards of Alberta Innovates, Sustainable Development Technology Canada, Public Policy Forum and Evok Innovations. Through these roles, Judy helps to bridge partnerships that shape and strengthen the innovation ecosystem in Canada. Judy is a Fellow of the Canadian Academy of Engineering and is also a member of Abundance 360 – a select group of entrepreneurs and senior executives focused on capitalizing on transformative digital change.

Dr. Reg Crowshoe is a member of the University of Calgary Senate and a Blackfoot Cultural and Spiritual Advisor, and is the former Chief of the Piikani Nation. Reg and his late father, Joe Crowshoe, have travelled extensively around the world bringing awareness and education about Blackfoot history, traditions and spirituality. Reg developed the Blackfoot Framework for Decision-Making and Mediation Process called Akak’stiman, and presents it widely to corporations, government, Aboriginal organizations and the non-profit sector. Reg sits on many committees and boards in Calgary and commits his time to other provincial and national organizations. He also provides advice to Treaty 7 Management Corporation, and leads a group of Treaty 7 Elders so that they can better be a support system to members in Treaty 7. 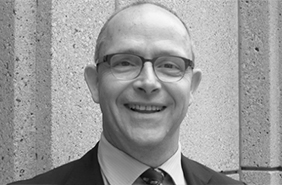 Nicholas Parker is Founding Managing Partner of Global Acceleration Partners which addresses global megatrends shaping basic needs for resource-efficient clean energy, food, water and infrastructure by accelerating cross-border deployment of proven technologies and business models into high growth emerging economies. For over twenty years, Nicholas has pioneered sustainable venturing initiatives around the world. Nicholas introduced the “cleantech” concept to the finance and business community in 2002 while launching Cleantech Group, a market-leading research and advisory company. He also served as Chair of Corporate Knights, a media company for clean capitalism, best known for the Global 100 rankings launched annually at the World Economic Forum in Davos.

By serving as public champions for the EFL, offering high-level counsel and role modelling innovation and leadership, the Advisory Council lends credibility and wisdom to the evolution of the Energy Futures Lab.