The following is part two of the three-part discussion and focuses on infrastructure and policy to guide energy transition. Part one explored some of the big international developments that Tzeporah and Toby believe are changing the playing field for the global energy system, while part three focuses on specific considerations and opportunities for Alberta’s energy future. 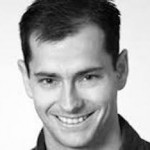 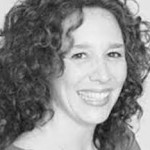 Chad: Tzeporah, you surprised a lot of people at GLOBE by the exchange you had with Dr. Michael Porter regarding his latest report on the opportunities for natural gas in the energy transition.

Tzeporah: Here’s the thing. I agree with some of Dr. Porter’s conclusions. For example, to regulate methane, to set regulations for environmental risks, and to ensure continuous improvement and compliance. The analysis is good but his math is wrong because he doesn’t take the carbon budget into consideration.

Dr. Porter’s analysis overlooks the limits needed to secure a safe climate, whether you think that’s 1.5 or 2 degrees. His analysis assumes the market will take care of that. It assumes that we can still burn gas so long as we minimize other environmental impacts. I feel like he’s avoiding the big questions of how much unconventional oil and gas development we can afford and where it should come from.

We also talked about his premise that more investment in oil and gas, the unconventional production, helps the development of a low carbon economy because it creates stronger economic conditions. My response to the panel was that gas is replacing coal, but that that’s not good enough anymore. Gas is only a transition fuel if we have a transition plan and we’ve seen a number of studies even from the US Energy Information Agency that show that higher natural gas production can lead to higher emissions levels in the US in the long term because it is displacing renewables.

I think it was clear that Dr. Porter’s paper was written before the Clean Power Plan was finalized and before the Supreme Court win on demand response and tax extension. Both of those things are huge game changers because they show that good regulations can speed the transition and we shouldn’t just rely on the market.

Gas used to be viewed as essential to getting off coal, but at that time we didn’t have the renewable technologies available today. Certainly, the price of solar was 5 times higher. The price of wind was probably 3 to 4 times higher. Circumstances are different now, and in a lot of jurisdictions we can leap right over gas and go straight to a renewables-dominated grid.

Chad: How do we balance these competing considerations? How could we address the need for a carbon budget while determining the role of fossil fuels in the transition?

Toby: A growing number of investors are now imposing carbon budgets on themselves and there are jurisdictions integrating carbon budgets into their frameworks for accepting institutional investment. We’re noticing that some of the more sophisticated investors, like the Norwegian Oil Fund, have identified a large group of companies as being particularly vulnerable to the energy transition.

They want to understand whether a company fits in a 2-degree world. They want to see credible business plans. There are over a 122 businesses now that have signed up to the Science Based Targets initiative. Suncor might be one of the first energy companies if they move forward with support of the shareholder resolution for a 2-degree business plan. Investors want to see that you are part of the solution, not clinging to the past. This is all going to have to be backed up by capital and R&D expenditures, and by a change in the portfolio on aggressive timelines.

Tzeporah: I’ve been having a similar conversation, but in the public policy arena. How do we make decisions about projects, like national pipelines in Canada’s new climate era? There is uncertainty about where we’re headed because we don’t have nation-wide targets. Setting these targets is hard because of the difficulty of defining a given jurisdiction or sector’s fair share of responsibility.

How do you decide yes or no on a project? One way is to look at the greenhouse gas emissions of a project, or even the potential expansion of the pool of carbon that it accesses, and use this as a climate test. The second way is to start including use and usefulness analysis in our business analysis. The National Energy Board does this, and it’s done provincially for environmental assessments as well.

That business case analysis is currently based on business as usual projections. We’re assessing projects based on whether or not they make sense in a 6-degree warming world. If we actually also do analyses consistent with a 1.5-degree world, then we’ll get different answers. We need to align our infrastructure and our decisions with up-to-date climate targets.